Brad and Marcy Olsen are very passionate about living a healthy lifestyle. This passion was fueled years ago when they discovered that eating healthy foods could heal you. 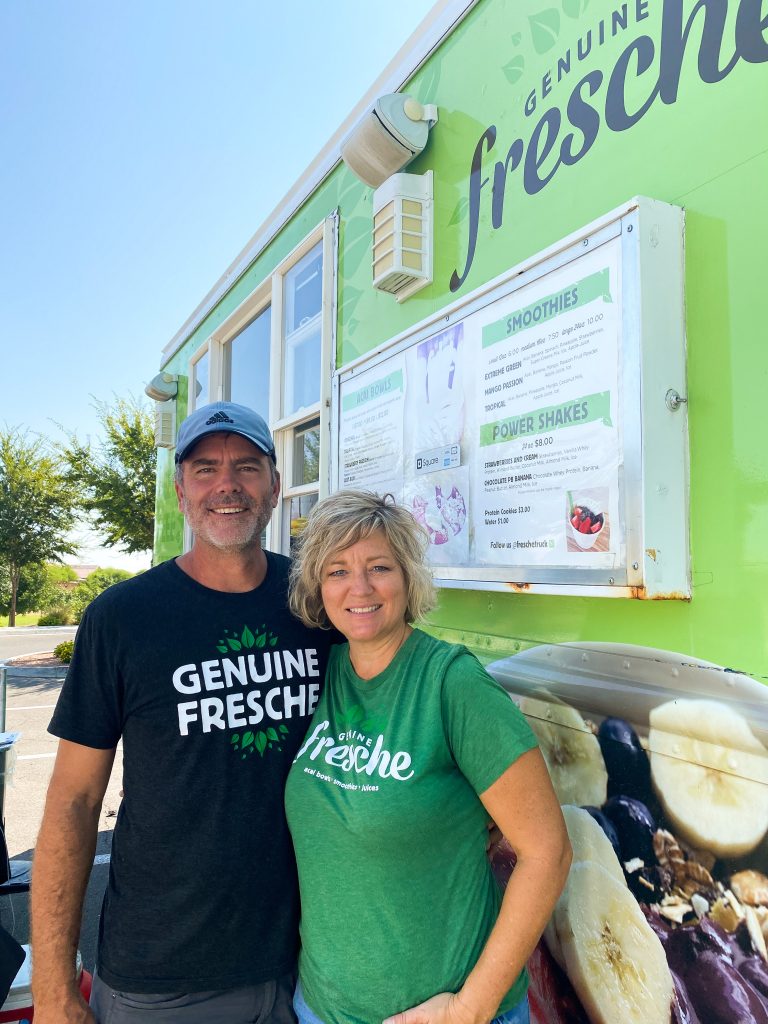 When their youngest son was being introduced to solid foods he developed eczema and other skin rashes along with a change to his usual happy temperament. In their search for answers it became frustrating to be offered “temporary bandaids” by well-meaning medical professionals that never got to the underlying issue. They began researching on their own and decided to make some simple dietary changes which began a steady but gradual relief from all the symptoms that had been plaguing their son. This experience empowered them to make healthier choices for their entire family. They were disappointed with the lack of whole food, plant-based dining and dessert options for those seeking a healthier lifestyle.

While vacationing in California in the spring of 2010 they tried their first Acai Bowls and were immediately hooked! They quickly began plans to bring this concept to Arizona. Thrive Acai Bowls and Smoothies opened in Gilbert in May of 2011. In January of 2013 they expanded to Tempe.

As Thrive began to grow in popularity the Olsens quickly realized the need to broaden their vision and prepare to expand to new markets. In an effort to avoid brand confusion Thrive was re-branded and the Genuine Fresche brand was born. In August of 2014 a 3rd location opened in Chandler with a “Fresche” look. For nearly 6 years they served the residents of Chandler but sadly that location was hit hardest by the Covid-19 pandemic and the Olsens were forced to make the difficult decision to permanently close their doors at the end of March 2020.

In the fall of 2016 the Fresche Food truck made its debut. The truck has become a favorite for locals at the Gilbert Farmers Market every Saturday morning. The Fresche truck can be also be booked for community events, schools, weddings/celebrations, sport/fitness events and corporate events.

Brad and Marcy can often be found in one of their stores or working on the Fresche truck. They love connecting with their loyal customers and interacting with their amazing employees. They are excited to continue building the Fresche brand to help create happier, healthier communities wherever they go.

As a female entrepreneur and passionate leader, Marcy has begun sharing her experiences to help empower women in business, living a healthy lifestyle and thriving after major life transitions. Follow her journey at @Starting Fresche.

Brad and Marcy Olsen are very passionate about living a healthy lifestyle.This passion was fueled years ago when they discovered that eating healthy foods could heal you.